Remembering the Attack on Pearl Harbor

How the Attack Happened and the Effects of it 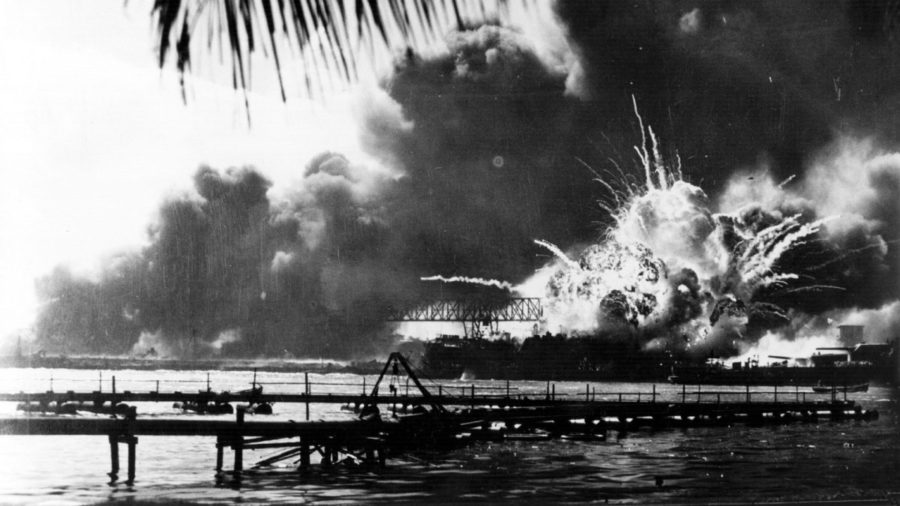 Photograph of the destruction that occurred at Pearl Harbor.

I am sure everyone has been familiarized with the holiday joy that comes with the beginning of December. Christmas, Hanukkah, New Years, and Kwanzaa are just a few widely celebrated days. But have you heard of Pearl Harbor? Although it is not a festive day, it is celebrated as a Remembrance Day through the United States on December 7. On August 23, 1994, December 7 was declared National Pearl Harbor Remembrance Day in honor of the Pearl Harbor attack that took place on December 7, 1941.

Pearl Harbor was a Naval Station located on the island of Oahu, which is in Hawaii. It was established in 1908 to hold the United States’ largest Navy ships. Large improvements were made to the base; the most important being in 1940 when the Pacific Fleet was brought to Pearl Harbor. The Pacific Fleet contained battleships, submarines, destroyers, and many other advanced military technologies. This fleet was used to intimidate Japan and prevent them from attacking the United States’ land in or near the Pacific Ocean.

The original plan for the fleet to be used as a deterrent did not go to plan. On December 7, 1941, a surprise attack was launched onto Pearl Harbor, with the officials behind the attack being Admiral Isoroku Yamamoto and Captain Minoru Genda, who were both from Japan. It is important to note that this took place during World War II. At the time of the attack on Pearl Harbor, and the events leading up to it, the United States was not directly involved in the war. Assistance was given to the United States’ allies, but direct involvement had not taken place yet. The Pacific Fleet and numerous aircrafts parked on land were targeted. Around 2,403 people passed away due to the attack and many others were injured. This number includes civilians and military personnel.

The day after this attack, the United States declared war on Japan. On December 11, 1941, the United States became officially engaged in World War II after Italy and Germany declared war against them due to the United States’ conflict with Japan. It is important to remember the history of World War II. Although it seems as if it was long ago, it was not. For instance, my grandmother was a direct victim and experienced the effects of World War II firsthand by being born in a concentration camp. It is important for all of us to remember the history of these tragedies so they will never be repeated. The attack on Pearl Harbor was one of many unfortunate attacks that took place during World War II, and those who lost their lives shall be remembered and honored on December 7.