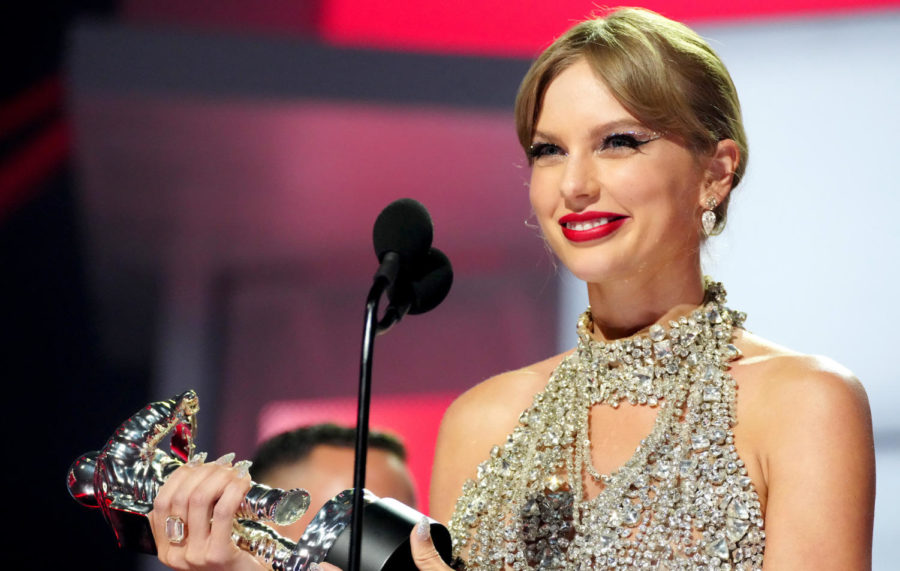 NEWARK, NEW JERSEY – AUGUST 28: Taylor Swift accepts the Video of the Year award (presented by Burger King) for ‘All Too Well (10 Minute Version) (Taylor’s Version) (From the Vault)’ at Prudential Center on August 28, 2022 in Newark, New Jersey. (Photo by Jeff Kravitz/Getty Images for MTV/Paramount Global)

What are people’s opinions on Taylor Swift’s new album Midnights?

Taylor Swift first announced her new album at the MTV Video Music Awards on Sunday, August 28th, 2022. It officially came out on Friday, the 21st of October. I am personally super excited for Midnights. I am so obsessed with all her songs and albums but my favorite of all of them would have to be “Reputation” or “Fearless.” Out of all the new songs I am dying to hear “Snow on The Beach” or “Karma.”

Today I interviewed my two cousins about their opinions on Taylor Swift’s new album called Midnights. My oldest cousin said, “Taylor Swift is an incredibly talented artist I love her songs. My favorite songs are her old country songs. I am excited to hear her song with Lana Del Rey called “Snow on The Beach.” I grew up with Lana, so this is important. I woke up so excited to tell you that the album came out this morning but then remembered it was not Friday yet.” She seems extremely excited to hear Midnights.

My younger cousin said, “I am excited for Taylor Swift’s new album because her songs are so good, and I love her so much.” She did not say too much but from what I heard over the phone she was super excited for the song “Lavender Haze.”

I am excited for Taylor’s new album but there are two songs I cannot wait for. The first is “Snow on The Beach” because Lana Del Rey is in it, and I adore Lana. The second is called “Karma.” There was an album that Taylor was going to be released before Reputation, but she did not because there was lots of stuff going on with drama and other celebrities. The album was going to be called “Karma.” I am just extremely excited about Midnights.