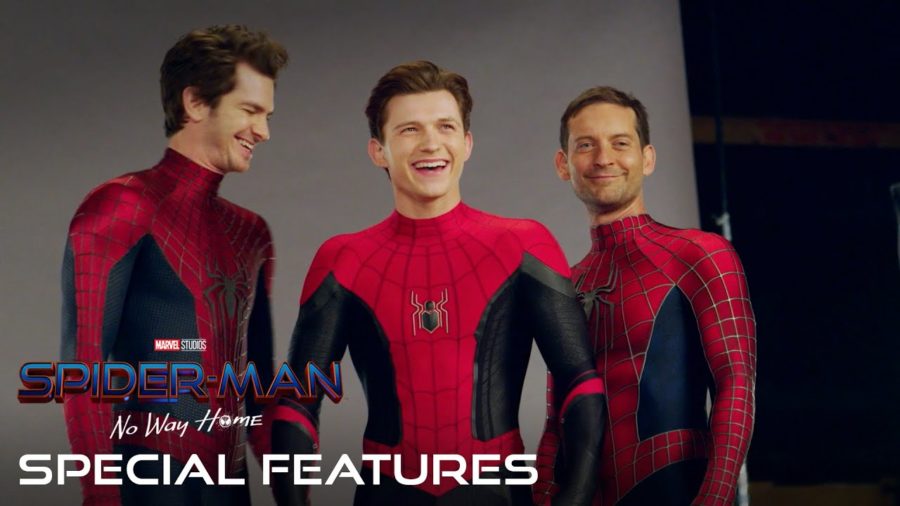 -Who is the favorite?-

So many people love the iconic character, the one and only Spiderman well: not the one and only, more like three in the movies. I’m sure everyone knows of the three Spiderman actors, Tobey Maguire, Andrew Garfield, and Tom Holland. If you don’t, well I’m not sure this is for you.

Now, if you do know of these three Peter Parker variants, then you may (or may not) have a favorite. For me I was wondering who sided with what Spiderman.

I asked sixth graders, seventh graders, eighth graders, and teachers here at Venice Middle School. 15 people told me who they like best.

Coming in second place, Andrew Garfield. Five people said they like him the best. Among those people included Makayla Seibert (7) who said she likes Andrew the best because of his portrayal of the character. Juliet Arreola (8) says she likes Andrew because, “…he’s just the best, no questions asked. Also, I love his comedic timing also I love the relationship with him and Gwen. It’s so cute…” Other people, including Ezra Keim (8) say that Andrew brings life into the character and again, like him because of his looks.

Unlike the other two Spidermen, Tobey Maguire, the original live action Spiderman, was voted for the least. Tobey got one vote, that vote was from science teacher Mr. Ryan. He says he likes Tobey the best because, “…oh, he’s the cutest.”

When looking at who was liked the most, Tom won. I think it comes down to who’s seen the most. Tobey’s Spiderman movies first aired in 2002 (when most kids at VMS weren’t born) so it’s highly likely he won’t be as noticed throughout our school. Tom Holland is the current Spiderman. He first started playing this role in 2016 when he was seen in Captain America Civil War when it first reached theatres. Most kids here at VMS have probably seen most of his Spiderman movies and if not, they may have seen him in throughout other Marvel movies. Andrew Garfield has only two Spiderman movies out, so he is not the most publicized Spiderman.

Tom Holland was exposed to many people as Spiderman with those top selling movies, making him well liked and well known.

All three of the Spiderman were part of Spider-Man No Way Home. That movie is number 6 on the highest grossing box office records. But Tom Holland has been in many more box office top selling:

Overall, the favorite Spiderman here at VMS is Tom Holland. There are still many people not asked, but for the people I asked, Tom was the overall favorite, just ahead of Andrew.