Women's rights since the takeover by the Taliban 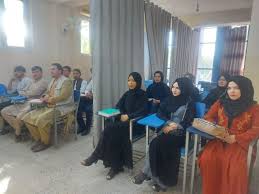 Afghan men and women in school before the takeover.

As most people may know there has been a 20-year war in Afghanistan. Along with some of the many tragedies that came along with the Taliban take over, woman in Afghanistan have little to no rights now. This country has always been a remarkably busy place for active war, but in the past 20 years Afghan society has become better, including on how women can live. Sadly, since the departure of American troops, the country has fallen again and with that, so have the rights of women.

Since the takeover, some of the rules for women who want an education in Afghanistan have changed. Before the takeover on August 15th, women were allowed to have a co-ed education along with not having to abide by a strict dress code. These rules will also go along for primary and secondary schools. Women and girls now have to wear hijabs and will not be allowed to be educated after primary schooling because of lack of female teachers. Even with all these laws already in place, the Taliban have not released fully their official rules.   On Tuesday September 28, women were barred from attending Kabul University. There is no telling what could happen next. As a female student at VMS, I and many others are grateful we have the opportunity to be here.

Along with limited schooling, living and health conditions have become increasingly worse for women. Rabia is a woman in Afghanistan, and she just gave birth to her third child. She told BBC newsletter about the horrible conditions.  “She was given no pain relief, no medicine and no food”. She then continues to talk about how her hospital room was over 109 degrees Fahrenheit. While at the hospital, her baby was delivered in the dark by mobile phone light. Sadly, due to the takeover this is looking like the future for many women in Afghanistan.