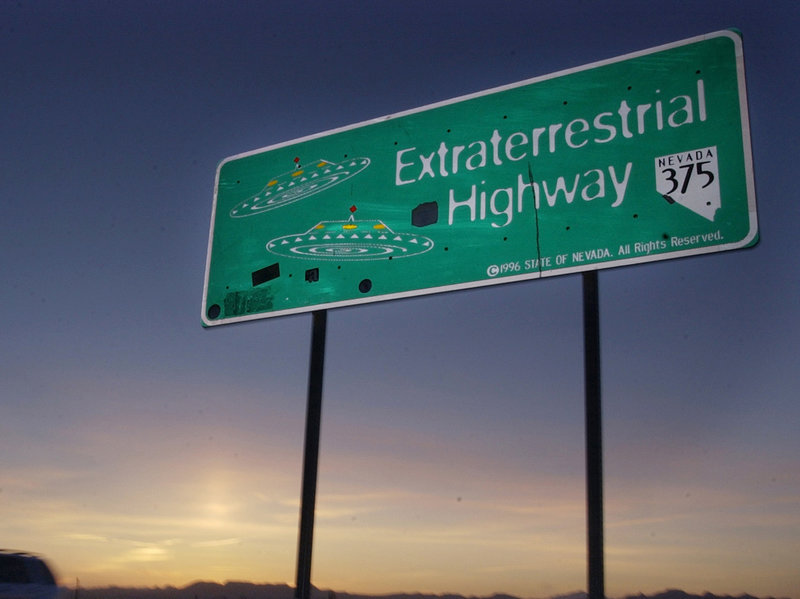 Extraterrestrial Highway near Rachel, Nev., in this 2002 photo.

The house of aliens

Are there aliens at Area 51? Nevada test site also known as Area 51. Area 51 gets the name from its location on the map. The closest town is Rachel, Nevada with a population of only 54. In 1950s and early ’60s, calls and letters about UFO sightings trickled into air traffic control and the Air Force. Area 51 also known as Paradise Ranch. The first plane created at “paradise ranch” was called the U-2 spy plane. Area 51 is a unit of Nellis Air Force Base. Area 51 is located nearly 120 miles South of Las Vegas. Area 51 stores the nation’s overhead surveillance program.

Area 51 is in fact real. As they do still use it to test new air force and military planes and equipment that have not been introduced to the general public. There is an alien gift shop in Rachel, Nevada. And Las Vegas, NV has a baseball team called the Aviators, formerly known as the Vegas 51s.

One time a picture of a new jet was published from area 51. One job at area 51 is to make sure you can’t see area 51 in the background, well let’s just say the dude didn’t do his job very well. A bunch of people said, “Here’s our proof that area 51 is real” to the government and the government said, “No it’s not real”. Finally, they said, “Yes Area 51 is real.”

I have once seen a UFO myself heading towards Area 51. I was still living in the outskirts of Las Vegas. I was playing outside at around sunset; I saw a big orange, light come out of the sky, stop, and went forward through the sky. It was quiet. Then, a parked car’s alarm went off.

There might be aliens at Area 51, we don’t know. But if the government finds this and takes me away, tell my family I love them.